The following are the maps in png format, click each for a larger view. For even further detailed views, click any of the PDF links below. 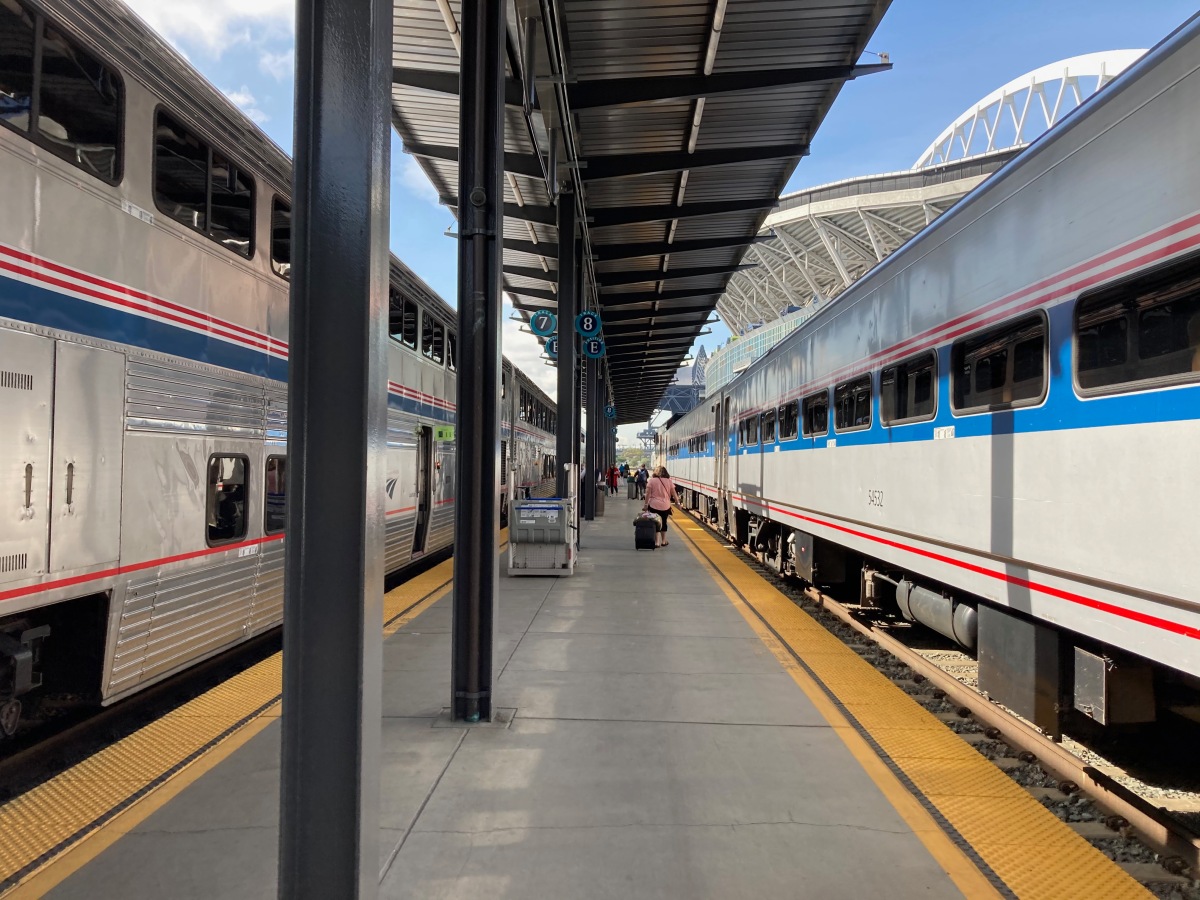 Ever been to Tacoma, Washington? Ever ridden the Coast Starlight, or Amtrak in general? How about with a bike. A little bit about all those things in this video. Join me for a trip south out of Seattle past Tacoma with a few key pointers, that soon, you will never get to see by train again! I’ll show ya the Tacoma narrows, plus a few other suggestions. Give this video a watch to learn how wrong I can be about what is or isn’t an island, learn about whether the Tacoma Narrows bridges have fallen down recently, and also whether they do or do not connect to an island!

So many things to know, all fascinating, give a viewing for a ride along the Tacoma waterline. Until next time, may your transiting be a most excellent experience.

I’ve been pondering what ideal wins the infrastructure czars (you know, the Governor of the state, mayor of Portland, Bend, Eugene, Salem and all the other leaders of Oregon) could and should push for these days. With the recent and still ongoing absurdity of the I-5 Bridge to the epic nature of the new bridge in Portland that is Bike, Ped, Bus, Light Rail and Streetcar only bridge, it begs the question. What infrastructure would be awesome to have added to Oregon, and specifically Portland, Eugene, Salem and other such cities and towns? What is reasonable and what would actually be a good return on the effort and investment for the state? What is a good investment to direct a good and effective future path for the state? That’s just the beginning of the questions though, one could write a thick book of endless questions.

But with that in mind, here’s a few I’ve been thinking of just recently.

That’s my top 4 that ought to have something done sooner than later. I’d love to see what your top choices would be. Leave a comment or three with your thoughts, I’ll put them into a larger write up that might even be put forth to implement. Cheers and happy riding!

I’m heading down to check out some biking, beaches and a rail trip. Feel free to join me at any point of the trip. I’m aiming to record it, blog it and generally provide a thorough write up of the whole adventure. To start it off, here’s the logistics plans.

On September 4th I’ll be departing, with bicycle packed and recording gear on hand from Portland Union Station. I’ll be boarding the Coast Starlight south bound to Los Angeles. From Los Angeles I’ll make a transfer to the Pacific Surfliner down to Santa Ana.

Once I arrive in Santa Ana I’l detrain and unpack my bike. Somehow I’ll carry the storing container and other material and roll on from Santa Ana Station down to Newport Beach via the Santa Ana River Trail.

Once I arrive I intend to take a few bike trips here and there, which I’ll record some and write about others. I’m working to line up meeting some riders, coders & transit crew while I’m down. So if you’re anywhere in the Los Angeles metro area between the 6th and 10th of September, let me know and we’ll have some grub with a beer, coffee or other beverage of our choice. If you’re up for riding and interested in showing me trails, routes or other crazy cycling bits, definitely ping me about that too, I’m curious where the routes & runs are for the LA, OC and metro area local riders are. If you’re up for a tour about, hit me at @transitsleuth on twitter.

Upon the return trip I’ll bike back out to the station, whip out the tools and re-pack the bike at the Santa Ana Station and then board an early morning Pacific Surfliner back into Los Angeles. From there back aboard to the north bound Coast Starlight, feet up and kicked back, and the following day I’ll arrive back in Portland, Oregon rested and relaxed.

…with of course a transit focused emphasis.  🙂

A Little Bit of Commentary

So almost every single bus line is either shut down, on snow routes, or almost non-operational.  Same thing happened to TriMet when it snowed and they got slammed for it.  A few people in the community even ranted and raved about how TriMet had done a horrible job keeping the buses running.  They noted that “Seattle didn’t have this problem and Seattle does way more to keep the buses running”.  I can officially say that is not the case.  The simple fact is, “BUSSES CAN’T RUN DURING THE SNOW!?!?!?!!!!”

Meanwhile in the reality of the realm of physics and serious infrastructure, Sounder and Link Light Rail are running just fine.  There was a small delay on a Sounder run this evening.  Thousands of people used this non-auto, non-bus based transport to get home without interruption or “alternate routes”.  In inclement weather (which it seems we’ll be getting more and more of over the next century) rail absolutely rules.  Rubber on road is an absolutely inferior technology for this type of situation.  Also to add, the streetcar in Tacoma and Seattle are running without interruption.  Seriously, American cities desperately need more rail.  Not BRT, not extended buses, not all wheel drive buses, but rail.  Hard care, large scale, massive infrastructure with trains and light rail on rail.  It doesn’t stop during snow, heat, or otherwise.  It is only minimally hampered in all but the most harsh weather.  But I digress, on to more winter wonderland fun…

Some news about all the snow on the Capital Hill

…and some sledding/luging down Denny.