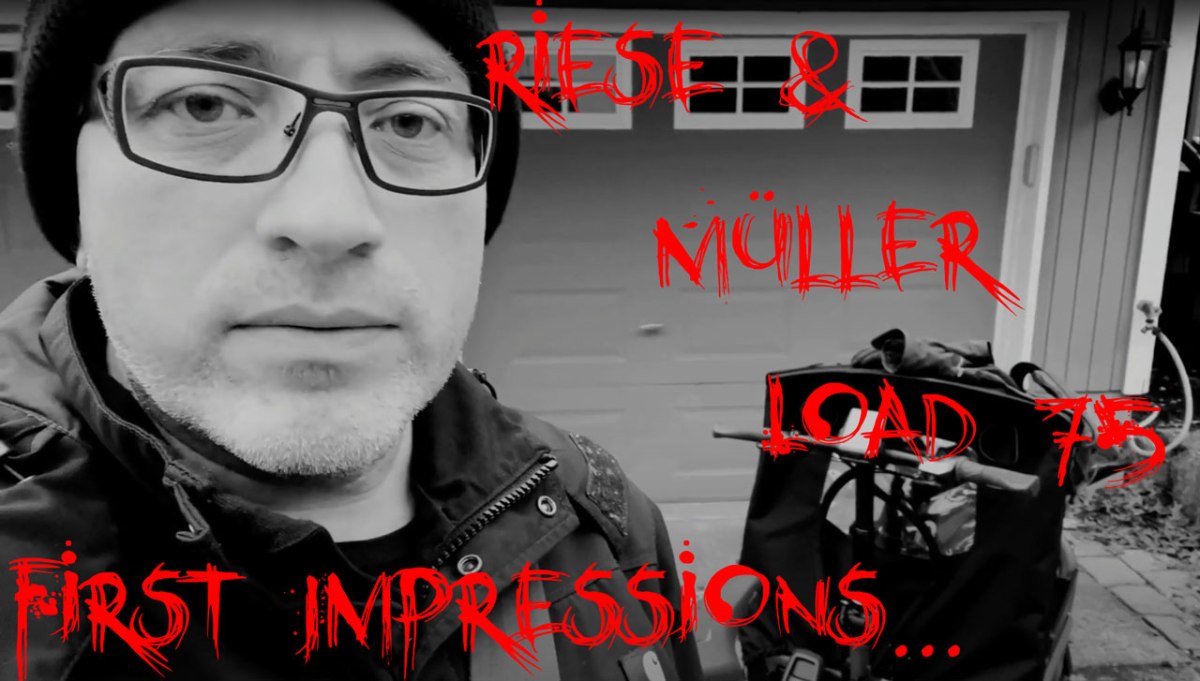 I’m officially naming this bike, like I do all of mine, and thus this bike is now named “Reload”. Goes along with “Mona”, “Spacey”, and “Pop Rocket” among the others.

So not a whole bunch to this blog entry, just a video of day 1 + day 2 riding and GoPro setup on the bike. Enjoy.

The first day involved pick up. I only mention this because it wasn’t merely a “go in store, buy bike, take home” type of scenario. With one of these bikes amidst these modern day supply challenges, combined with America’s inferior transportation systems and draconian take on anything but automobile travel, these bikes are kind of hard to get. So on day 1, at pick up, I’d already purchased and waited through shipping from Germany and the final assembly of the bike here in the USA. That’s where I’m happy to highly recommend G & O Family Cyclery in Seattle.

G & O Family Cyclery is a shop that focuses on bikes for people with families, like me, that want to have the extra advantage of a powered bicycle (or non-electric if you want to give that a go, but this is Seattle, land of hills and mountains!) or replace a car outright. In my case, I have no car to replace, so this is merely an addition that my son can ride in or I can just run errands and pick up metric tons of pizzas for game night! Whatever your reason for wanting an electric family focused bike, G & O Family Cyclery is your place in Seattle for the premium options.

Once I had made this decision and purchased the bike, it started it’s route from Darnstadt, Germany to Seattle, Washington, USA. This took well over a month and into the 6+ weeks time frame. To note, I also ordered a bike that was basically ready to be shipped too, another that is ordered custom and still has to be made ready to ship could easily take another 2-4 weeks or more depending on the build queue. Needless to say, if you want a high quality, durable, and capable e-bike of this caliber then you’ll likely have to wait a bit for it to arrive.

Once it arrived G & O assembled the bike and added various accoutrements to the bike. I didn’t get just the base bike, which I’ve included a picture of here for reference of what the “base” bike looks like.

The base cargo bike itself is extremely smooth riding, powerful, with one of the more (most?) powerful electric motors from a torque perspective on the market. Which, when you live in a place like I do that torque is crazy important to get up the hills! But I didn’t just purchase the basic bike because I wanted more flexibility. Some of the things I wanted to be able to do with this bike includes:

That rounds out the tasks this bike needs to achieve for me on a daily basis, so when I ordered it I bumped up the gear, which Riese and Müller are of course more than prepared for! To ensure that this bike would be able to accomplish every single one of those goals I consulted with the G & O Cyclery Crew and they put together a build for me that included the following:

Low Side Walls & Child Cover, along with three child seats (albeit I’ve not got three kids, but YOLO!), footwell, and a luggage shelf for the kiddo.

This took care of several of the tasks, almost 90% of the need around food pick up, and carrying an amp and a guitar in a hardshell case. All those things were check, check, and checked!

There were a few more amenities needed to really round out things and ensure that not 90% of the need was fulfilled but 100% of the need. That included a rear carrier rack, additional lock chain and bag for the lock chain, multicharger, and upgrading form single battery to dual battery! With those additions every single one of those tasks is now met, and beyond day 1 I’ll be providing some coverage right here about the Load 75 adventures!

We come full circle now with full context of new bike pick up day! What did new bike pick up day at G & O Family Cyclery consist of? Well, Davey Oil (Jenna and the rest of the crew that had been helping me pick this out where there too! Hey y’all! 👋🏻) gave a run down of all the bike gear, battery system, engineering, and coverage of maintenance and check ups for the bike. He didn’t just spit it all out to me as an unknown quantity either like happens sometimes in bike shops, he discussed with me my own experience with bikes, took into account that I basically have a bike shop of gear to work on bikes with, albeit often don’t have time to. He also took into account after a little discussion, that I’ve been riding and been car-free – i.e. only used a bike for my primary transportation for over a decade – and then went over those topics.

Davey going over these things with me before going over all of these things allowed him to specifically cater what details I could really use, was able to answer specific questions I had, and really set me up for successful usage of the bike! The TLDR, I was impressed and I’m not usually impressed very often.

With that, day 1 was complete and I set out from G & O for that 17 mile ride back home to Redmond, Washington!

For more details on the bikes that G & O Family Cyclery offer check out their site here or even check out this specific bike here.

Now for those promised specs for the spec nerds out there! Enjoy! 🤘🏻

This is my main ride for almost everything. I’ve got larger tires on for smooth riding in bumpy ole’ Seattle. Good gearing. A reliable and comfortable seat. Solid additional parts like Chris King Hubs, etc.

I have been through short rides, heavy rides, slogs, and distances of over 100 miles a day on this bike. It rides like a dream, and quick to respond, and solid for heavy loads. Combined with my Bill Trailer from Surly and it can carry a formidable multi-hundred pound load without much strain at all!

Over the years I’ve gotten a new dyno replacement, and changed the cassettes to different gearing. Otherwise all pieces are still in place after a solid 35k miles so far! BOOM!

NOTE: Again, not sponsored by anybody to write this. Just doing to to document the gear I use in case anybody is interested. To check out the Space Horse Disc hit up the product page. 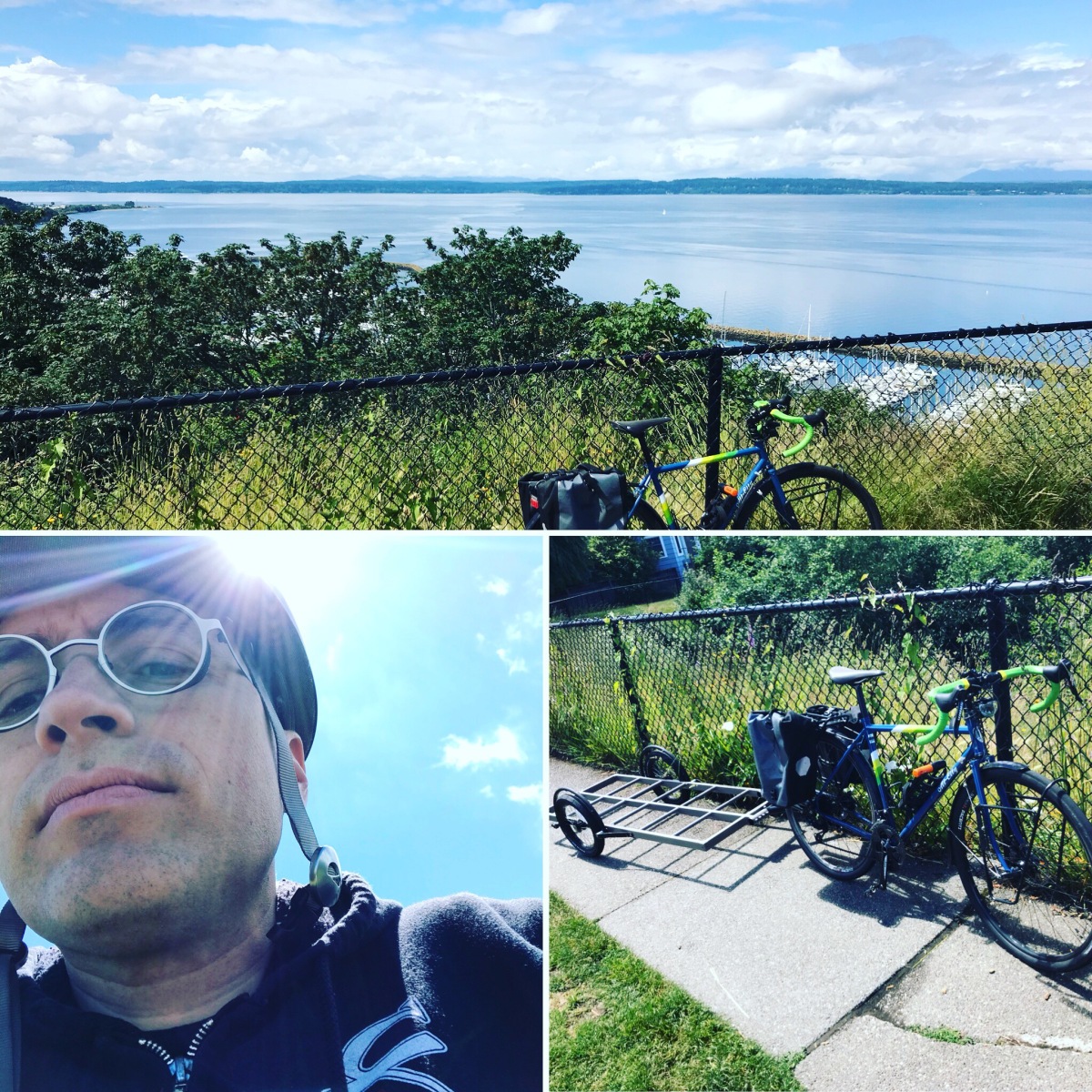 This is the first set of a few short posts I’m writing up detailing the bike gear and rides I currently use on an almost daily basis. This first, part gear and *part* bike, is the Surly Bill Trailer. I purchased this trailer a few years ago and have, over the years I’ve owned it done some of the following.

All in all, it’s been a few tons of actual weight carried to and from all at a mere price of about ~$900 for the trailer, and it still had years, if not a solid decade or more of life to go!

Note: I am not sponsored or paid by any of these related companies. I’m merely writing these up out of interest and a desire to log what I use for reference. For more information check out Surly’s link on the trailer. 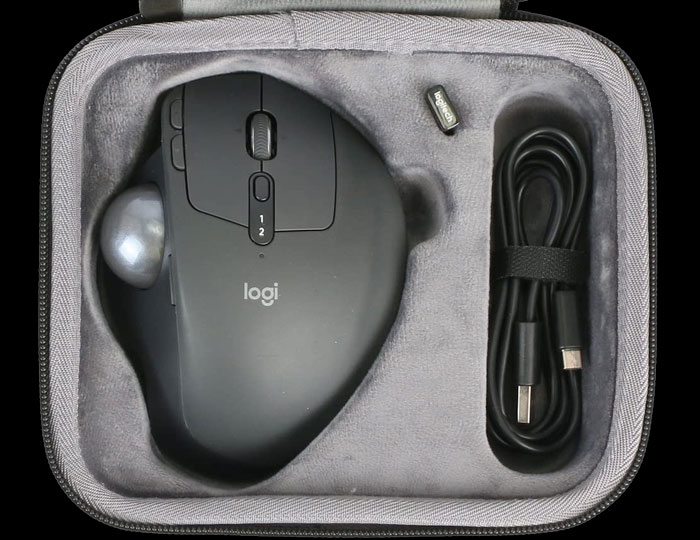 Recently I purchased a trackball and a hardshell case for that trackball, which I then wrote a review of over yonder “A Review of the MX Ergo Advanced Wireless“. The hardshell case primarily because I displace a lot during the course of the day. Whether traveling far away from home or just within the city in which I live (i.e. Seattle these days, but in the past Portland, Memphis, Jacksonville, New Orleans, Krakow, etc) it’s been very important to have computer gear that holds up well to these movements during the day. Here is a video that details the trackball, hardshell case, and some of the different places I’ve used it since purchase. Below the video I elaborate on two of the scenarios I use these devices.

Often during the day, at least a non-pandemic day, I work coffee shop to coffee shop. Meeting other coders, working alone, or having meetings in person in coffee shops. As I move from coffee shop to coffee shop, sometimes I use transit (bus/train/tram/streetcar/etc) but more often I bike from shop to shop. During these displacements computer gear can get banged up heavily. That’s where the hardshell case for the trackball is hugely important!

Here are some detailed “product” shots from Amazon/co2CREA, and the link itself to the product if you want to pick it up.

While cycling all sorts of things can happen. I could biff it (i.e. *wreck*) on my pack (i.e. messenger bag, or backpack) and things are safe from direct impact in there, but can still be squished. I could toss my bag down or set it somewhere and it gets kicked, hit, or falls. The number of impact scenarios are numerous. But it doesn’t stop there while out cycling, since most of my packs are waterproof it’s nice to have individual elements packed in water resistant packages for when I pull them out of their pack. You get the idea, there’s a lot of potential oops scenarios, and for maximum gear lifespan it’s best to keep them safe.

Alright, using panniers for bike and train combo trips is another one of my specialties. I take a lot of train trips. Sometimes I ride coach, sometimes I get a roomette or bedroom, and on some trains I may end up standing. Whatever the case, traveling means luggage of some sort and luggage gets banged around. Again I’ve got my packs, but also in this scenario I routinely use my panniers. The combination is great as the survivability of devices – Apple Laptop + hardshell case for pointing device plus tough packs with panniers holding the remainder of things means surviving insane things like train wrecks (i.e. my experience of the train wreck of 501), or just regular travel trips like my trips to San Francisco for QCon, or my trip to Olympia, Washington to speak at a users’ group.

In summary, if you want to enjoy the bikey life combo powered with the rail life and keep your gear intact, it’s a good idea to pick up a hardshell case.